You are here: Home / New Mexico / At Last 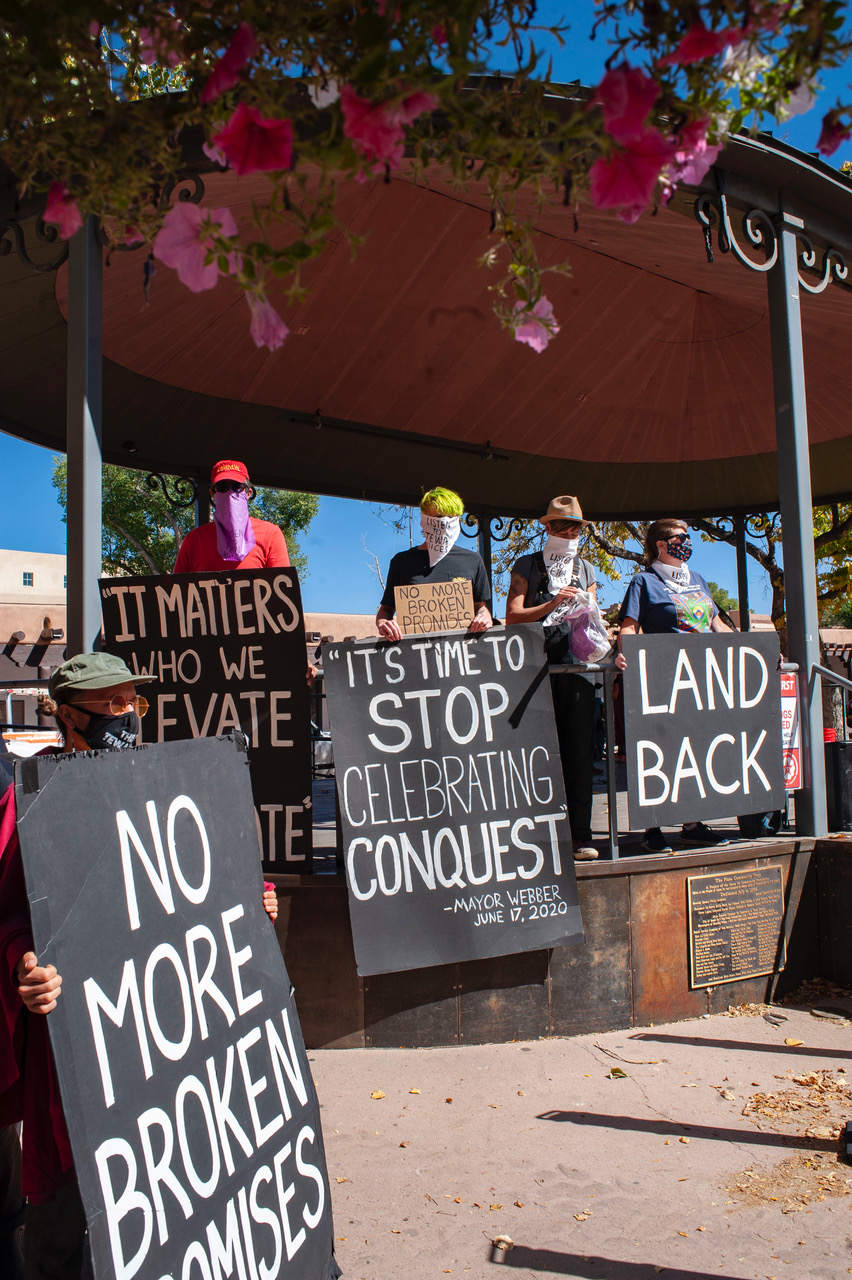 And so the dramatic pulling down of the obelisk last week in the center of the Santa Fe Plaza, celebrating a Union victory here during the Civil War but, much more importantly, celebrating the massacre of “savage Indians”—the adjective long ago chiseled out—was unbearable, is unbearable, not only to our local Natives but to the other minority groups abused in the same way by Confederate statues all over the country.

Our mayor tried to have it taken down in the middle of the night three months ago but failed due to some combination of equipment collapse and timidity about possible legal consequences, and so for the entire summer and early fall the obelisk continued to dominate the Plaza as it has for almost two hundred years.

Finally, enough was enough. A group of indigenous people, mostly women, stood on the bandstand near the obelisk on Indigenous Peoples Day (which has replaced Columbus Day) and asked the group of gawking tourists and locals, mostly white, if they were willing to “put their bodies on the line” instead of just staring.

Radical change is never achieved slowly and quietly. This is a conservative country, by and large, and we have to be shaken out of our complacency for anything notable to happen.

One young man had come equipped with ropes and tackle and when he had attached his ropes, the crowd took over and pulled the thing down. 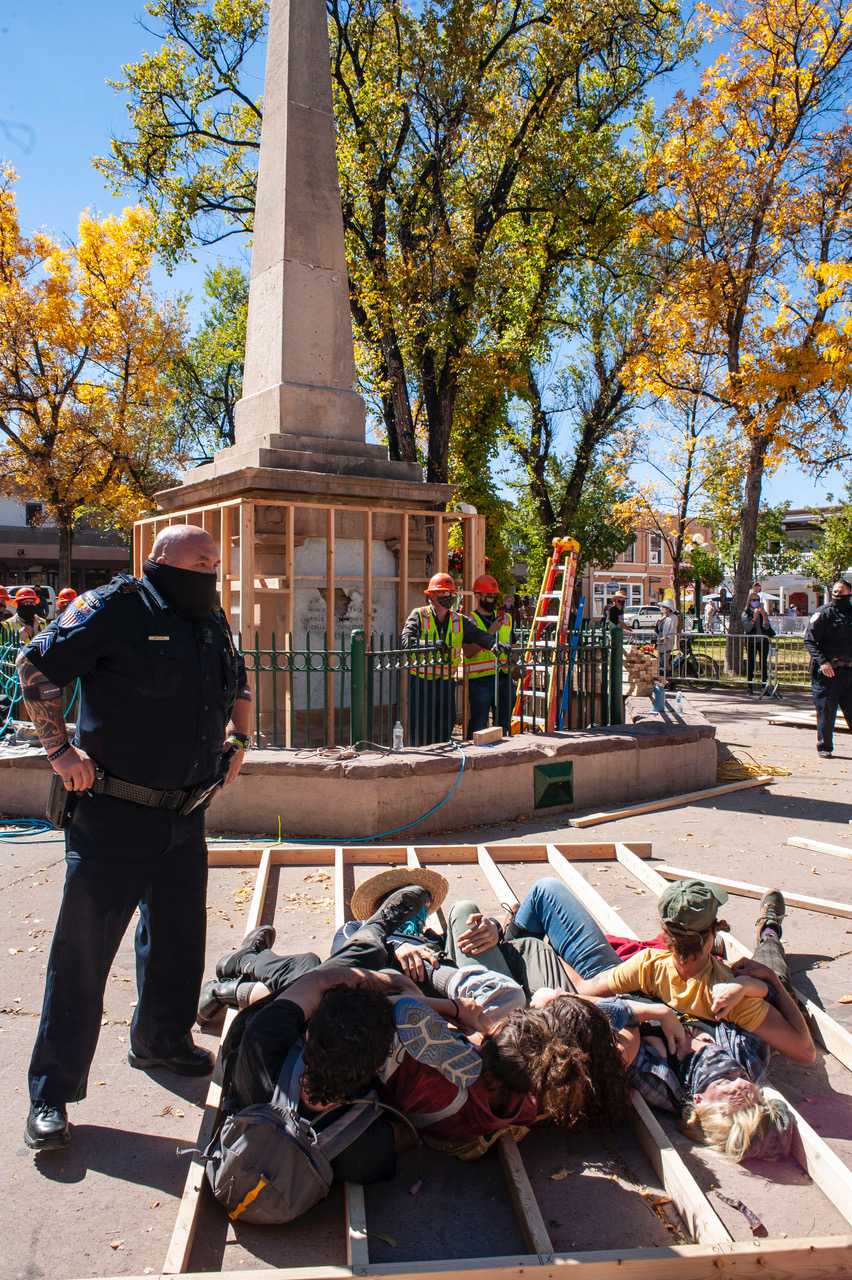 Now the mayor is busy apologizing to local residents for whom any commotion, no matter how essential, is “mob rule.” We nice white liberals want progress to be achieved slowly and quietly—as some advocated during the Civil Rights protests of the 1960s.

But radical change is never achieved slowly and quietly. This is a conservative country, by and large, and we have to be shaken out of our complacency for anything notable to happen.

One of the most striking aspects of this event, and one much criticized, was the decision of the Santa Fe police to withdraw after making two arrests. The chief, and for a while the mayor, dared to claim that lives matter more than property which is not something that most of us seem to believe, including the pious among us, especially when the lives belong to young raggedy-looking people or to those with dark skins.

Bravo, Santa Fe police! Because of your principled withdrawal, the center of the City of Holy Faith was not disfigured with tear gas and rubber bullets.

We are reclaiming the city’s soul. 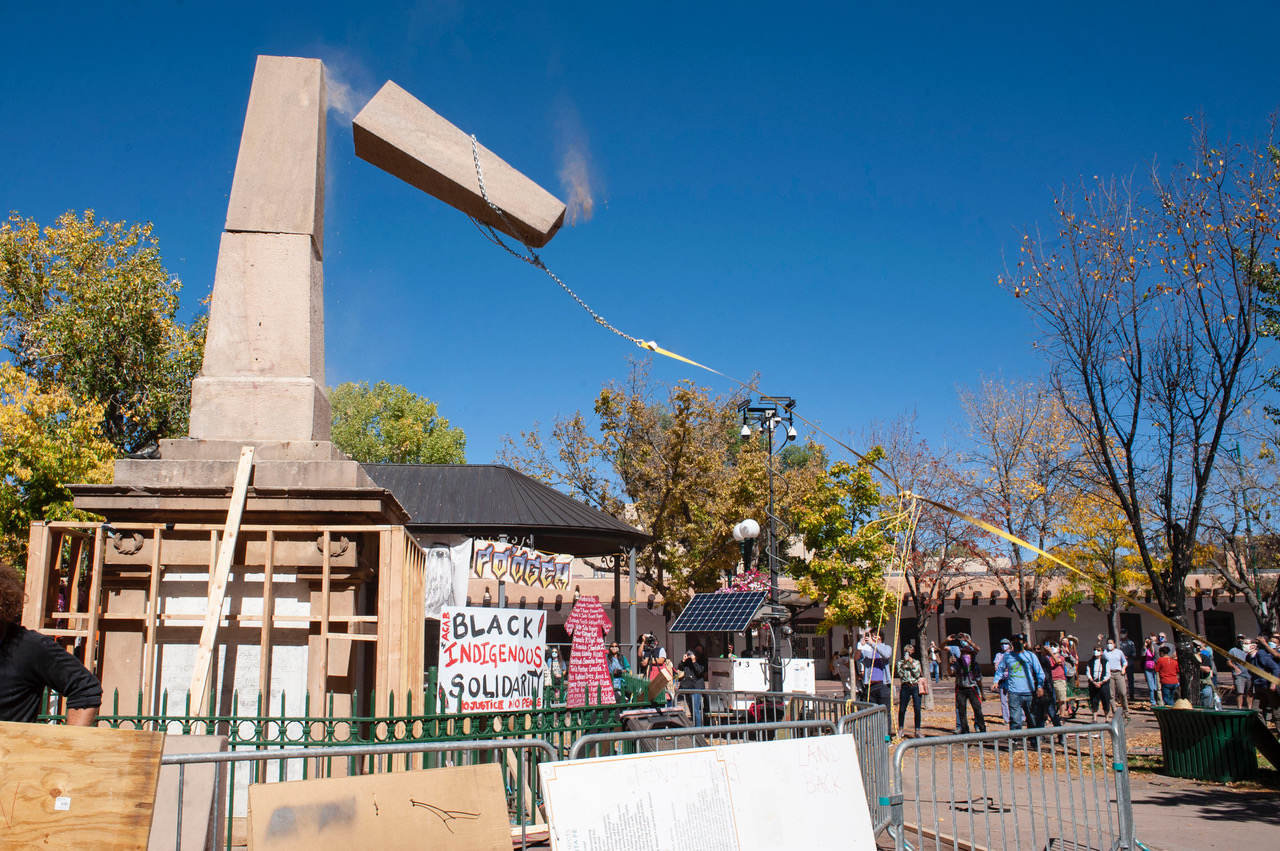