From the series: Doris Duke

You can find out more about my next book, now titled The Silver Swan: Searching for Doris Duke, on my dedicated Doris Duke bibliography page. 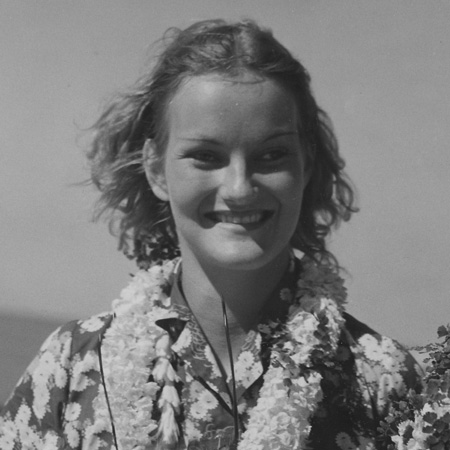 As I begin to sort through thousands of photographs of Doris Duke, in all the places and all the times of her life, I recall the Rumi poem:

More than a few readers of my upcoming biography of Doris, The Silver Swan: In Search of Doris Duke, will page through the many photographs before they read my text. It may even be, at least for some, that the striking photographs will make a more lasting impression than what I’ve written.

And so I wonder: are these photographs, and perhaps all photographs (at least of women), simply the foam? Do they explain a mystery—or many mysteries—that as I’ve made clear in my text, can never be fully explained?

We are all too complicated and contradictory to be explained.

This is the case with most lives, and most biographies. We are all too complicated and contradictory to be explained, and even the most accomplished photograph—because it is frozen in time—must often seem an attempt, at least, to explain.

How often in life a seemingly insignificant detail—a hair out of place, a strange earring, a body a few pounds too heavy—will convey all we know or even all we want to know about a woman.

So I’m choosing these images with care.

The first shown here, of a young, relaxed, smiling Doris in Hawaii, the welcoming lei around her neck, is close to the photos I’ll include of her as a muddy scowling little girl on a beach on Newport, unconcerned about her appearance, comfortable in her twig-thin body.

In Hawaii, fifteen years later, on her honeymoon, she seemed to regain a little of the freedom that would soon elude her.

Sand, sun, freedom from the scouring of gossip-mongering “news” stories, she could smile, forget about her hair, and convey to us who look at her photo decades later an innocent enjoyment of her extraordinary life… especially in Hawaii, where she would soon begin to design and build Shangri-La, now the center for her extraordinary collection of Islamic art, scholarship and culture.

The second photo, taken twenty years later, shows a completely different aspect of this complicated woman. Now she is carefully made up, wearing the clothes of glamorous adulthood, the clothes she wore to be seen in and to be photographed, written about and, inevitably, misinterpreted. Now in her expression and her eyes there is a wariness almost amounting to hostility—she knows now that she cannot control the way her image is interpreted.

Attempts to evade photographers led to misunderstandings, not freedom from surveillance, and as she grew older those attempts took on a desperate quality, for now she was trying to hide the inevitable ravages of age which the camera often seems to emphasize.

For me, there is something sad, nearly tragic, about the contrast between these two images. We all lose a great deal over time, as we gain a great deal, not in outward appearance but in inner resources and even, perhaps, in wisdom. But Doris in this later photo doesn’t seem to express either inner resources or wisdom but rather the bitter fruit of long exposure to eyes and to camera lenses: wariness, even hostility.

Now the sea of her personality refuses explanation. But the foam of her photographs remains.

In Writing 18 Favorites of 2018 Doris Duke The Silver Swan