You are here: Home / New Mexico / I Want It to Be Said 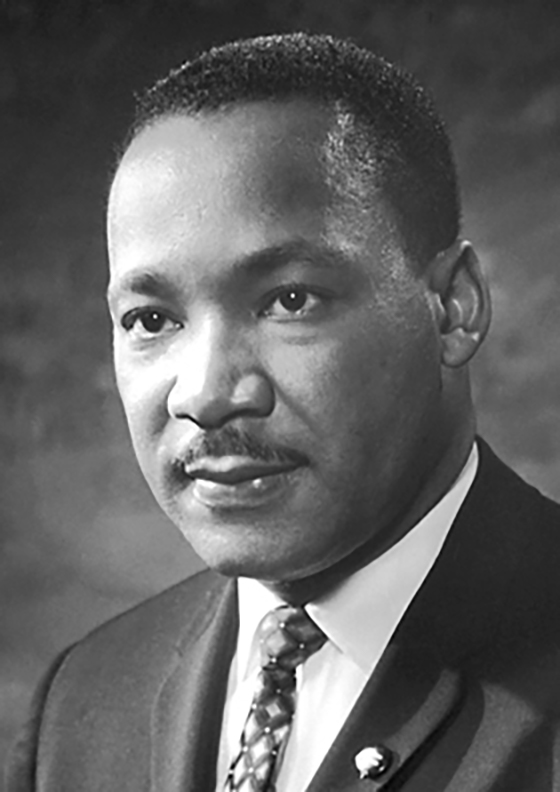 Martin Luther King Jr. in 1964 – photo by the Nobel Foundation

Here in Santa Fe with its relatively small African-American population, the day will be marked by a gathering at the state capitol, songs, and speeches. By now we all know that the discrimination that afflicts one group afflicts all of us. And in the terms of the speech I quote above, as long as one of us is hungry, we are all hungry. As long as one of us is naked, we are all naked.

This brings to my mind sharply whether or not I am fulfilling my duty to this community—without even addressing the wider community and the world. I do give money to the people who beg here, but yesterday I drove past a homeless man sitting on the sidewalk without stopping and was astonished by his smile and wave as we flew past.

Our Republican governor, one of our few female governors and one who makes me ashamed, is trying to pass legislation next month banning people from soliciting passing drivers. This is a small city where we have as many as 1500 homeless people, almost entirely cared for by a small not-for-profit, not by the city or the state—which at least in the governor’s view, should drive them all out.

By now we all know that the discrimination that afflicts one group afflicts all of us.

I spend most of my time writing. My next book, due out in August, God willing, will be a biography of Doris Duke who spent her lifetime slowly deciding how best to use her money not only for her own pleasure and satisfaction but for the public good. The Doris Duke Charitable Foundation is only the most visible fruit of her lifelong development of her purpose. I have spent more than six years on this biography because it is the story of all of us who have more than we need to survive.

I rarely cook a meal for the soup kitchen here that feeds and houses the homeless even though one of my nearest and dearest is probably surviving off such a service somewhere in this country. I don’t answer the many other calls to help from public-spirited people and organizations here, and church is sometimes painful for me both because it seems to ignore these basic needs of the non-church-going community and because it also passes along announcements of opportunities for public service.

Every blessed morning when I drive to my studio in the hills for a day of writing, reading and contemplation, I wonder at the righteousness of my priorities. I try to believe that the right words, carefully chosen, do feed the hungry and clothe the naked metaphorically speaking. But as literacy efforts falter and book buyers and readers seem to be diminishing, I fear I may only be reaching the already well-fed and well-clothed. How different the situation is in Cuba where three generations of free public education for everyone (and possibly less access to the internet) has produced crowds lined up for book readings, not to go home and order the book on Amazon but to buy it at the bookstore. And, since publishers and writers are subsidized by the state, books in Cuba are sold for a few cents each.

But that took a revolution.

Dr. King was seeking to inspire a revolution which was not only brutally put down with fire hoses and police dogs but which frightened well-intentioned people like me with his Old Testament rhetoric of fire and brimstone. We seek to be mild and peace-loving according to various newer systems of belief. We know that the fire in the belly that inspires radical efforts at social amelioration also produces conflict and chaos. And we don’t want conflict and chaos. So we artists go on hoping that our limited and quickly forgotten works might make it possible, in the end, for us to believe that we have fed and clothed…

But this country and the world is going in a different direction and will as long as the possibility of limitless economic growth and profit compels us. Here in a small town rapidly losing all its locally-owned businesses—a favorite of mine, the only underwear store here, just announced its closing—we are tempted by notions of luring Silicon Valley entrepreneurs fleeing the destruction they have wrought in California in order to reproduce it here, fouling our water and our air (and we have already lost the crystal clarity of a decade ago), depleting our limited amounts of desert water, building more energy-devouring hog-houses in the hills once protected by a ridge-top building prohibition.

We will soon elect a new mayor. The only woman running for office, Kate Noble, a Democrat of long community participation, is the best qualified, as well as the first woman politician I’ve encountered who is not afraid to tout her particular leadership qualities as a woman: willingness to listen and to use the skills she’s learned raising her small child to calm irrational outbursts and seek compromise and coalition.

Dr. King might need to loan her his fire, but he would certainly recognize that this woman is taking up the tasks for which he wanted to be remembered.