You are here: Home / My Family / My Mother’s Cookbook 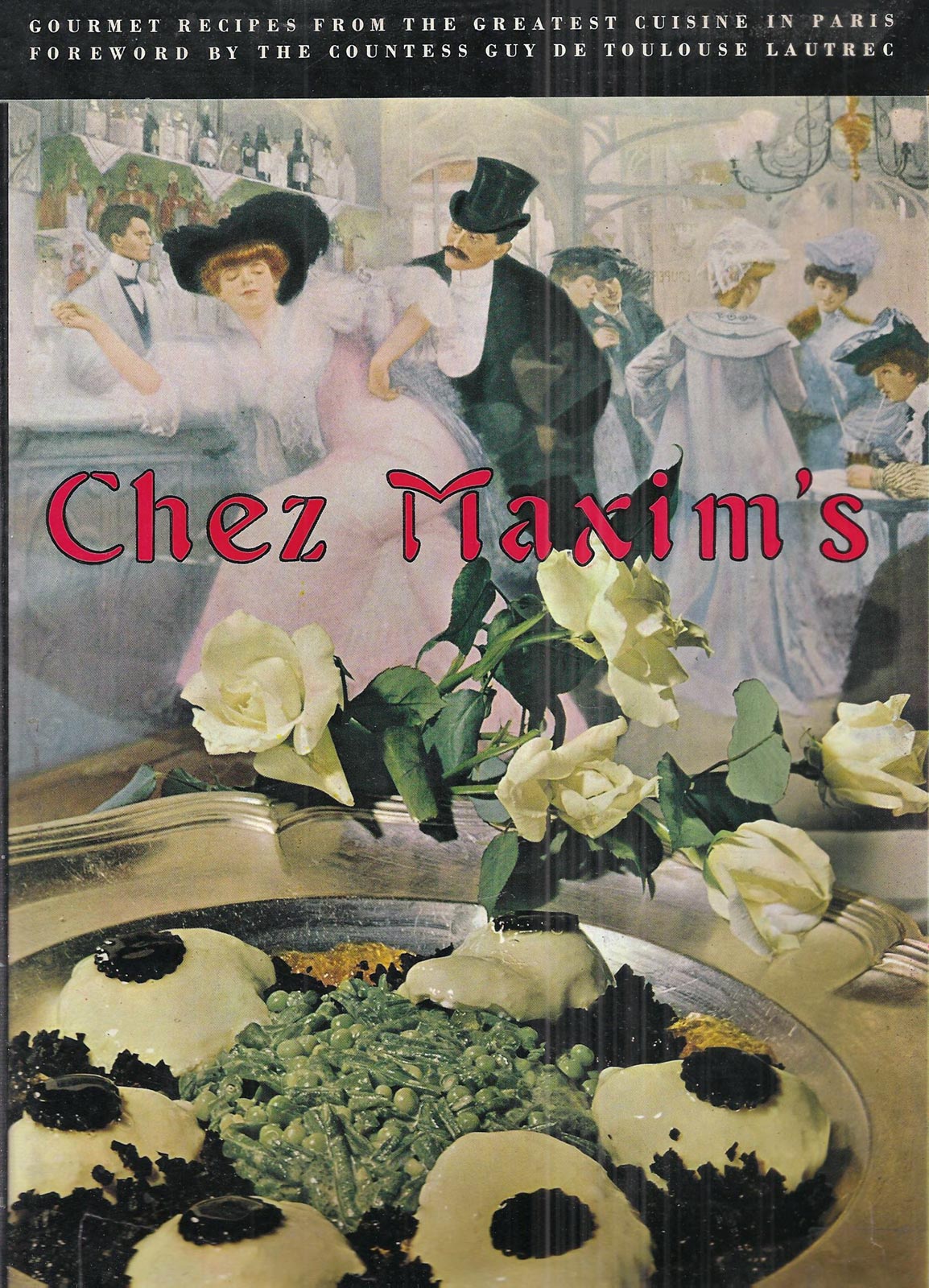 Big—too big to fit on an ordinary kitchen shelf—a deep worn red, with pages torn and stained the way they always are in a really well-used cookbook, this is not only a book but the record of an odyssey that carried my mother, Mary Bingham, from the familiar food of her southern childhood to the Olympian heights of French cooking as it was practiced in the famous restaurant, Maxim’s, in 1950.

This was a journey many women were undertaking at the time, as the memory of war and food rations dimmed, but few were as determined as my mother. Beginning with Marion Flexner’s 1949 Out of Kentucky Kitchens featuring “Corrie Hill’s Banana Bread” with a cup of sugar and half a cup of butter, to a Derby Breakfast, Country Style—starting with that lost delicacy, “Jellied Tomato Bouillon”—and ending with “Browned Butter and Bourbon Pie” (with only two tablespoons of Kentucky Bourbon), she progressed rapidly through the complex stages of French restaurant cooking, topped by a dessert called “Poire belle Hélène”—and she didn’t neglect the accent aigu and the accent grave over the proper name in her handwritten copy.

I tried to make this dessert the other night, remembering it as just a fancier version of poached pears, but was defeated by the demands of making a pastry crust.

Mother, to tell the truth, never did the cooking herself, but in an act of transmission startling (but not rare in those days), she imparted each recipe to a willing although at times illiterate partner. I can still see her, standing in the kitchen doorway, listing ingredients and calmly explaining, with no repetitions, one of the recipes in the big red book.

I did make some progress... although probably my greatest accomplishment was mayonnaise made in a blender.

I went through a lesser pilgrimage in my turn, beginning with a basic manual I seldom used and then, alerted by Julia Child’s TV series that something momentous was happening in the world of food, I took on Volume 1 of her 1961 Mastering the Art of French Cooking—an art I didn’t really master, distracted by children (who hated this food, longing for hot dogs and French fries) and the struggle of finishing my latest book.

But I did make some progress as is confirmed by my copy of The Art, the front cover long ago torn off, the pages properly stained, although probably my greatest accomplishment was mayonnaise made in a blender.

I don’t know if Mother ever went to Maxim’s in Paris although the photo of the lady entering that establishment reminds me of her. And certainly we never had the services of a chef as professional, and as terrifying, as the one shown here. But in all ways the progression through the cookbooks mirrored the opening up of a small world to something much more compelling—and frightening.