You are here: Home / Women / Playgirl 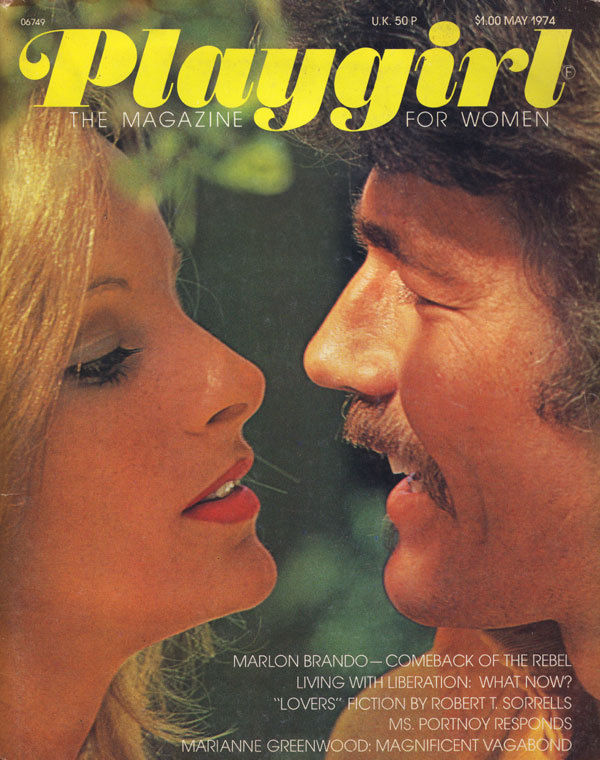 I sold a story once to a magazine called Playgirl. For a while, the magazine was an attempt to offer a jazzier version of Ms. to feminist readers. It still exists, although you’ve probably never seen it or heard of it. It’s now aimed at gay and bisexual men with lots of naked male photos and ads for on-line sex.

It seems strange now that the story I sold—”Girl Alone“—would not have been published anywhere else at that time. I was surprised when it was accepted, and even more surprised when I was paid a fair wage for my work—something like five hundred dollars (roughly $2500 today). This was on the edge of an era when short story writers like John Updike and John Cheever could support a family off the money magazines paid for their short fiction. Hard to imagine now.

But back to Playgirl and my story. I was surprised that the magazine accepted it because it was about a young woman with her baby in a big city park counterattacking a man who exposes himself—counterattacking with curses and screams that send him running.

A “likeable” young woman would never have been that loud. Maybe a mild protest or an attempt to avoid seeing or even a thought that she had somehow brought this behavior on herself: too short skirt? Too tight jeans? And she would have retreated from the park in a state of emotional collapse, vowing never to go there again.

Our desire to be liked and loved is passionate, unequivocal, and it makes us vulnerable to every rejection.

Reflecting on this story in today’s climate I began to examine my behavior, as we all must, to prepare for the fearful backlash already building that will sweep some women from the field.

How often have I pretended to be a “playgirl,” a “good sport” (“staffable” in today’s Hollywood parlance), who rolls with the punches, laughs at sexist jokes, ignores innuendos, and engages in vicious gossip about other women?

Certainly more than once.

I’ve encouraged husbands’ and boyfriends’ objectionable behavior by smiling or ignoring—”turning the other cheek.”

A dream the other night brought this realization painfully into consciousness: I was asking a woman friend whether a man we both liked was ever “inappropriate with women.”

To my dismay, she replied that his behavior with women was so out of control he’d been advised to wear his pants backwards. Funny, but…

In my dream, I already knew this. In my dream, it made no difference. I was shocked but still fond of this man.

We’ve all done this, not condoning rape or violent physical assault but accepting the deep-rooted, widespread attitude that allows and encourages this behavior.

Will we stop doing that now?

Will we endure the boyfriend’s frown when we say his joke isn’t funny?

Will we withstand complaints that we have no sense of humor?

That we take everything too seriously?

Will we shove off the unwanted kiss, even welcome the freezing of the atmosphere that results? And I’m not even figuring in the loss of jobs, promotions, opportunities…

Our desire to be liked and loved is passionate, unequivocal, and it makes us vulnerable to every rejection. Being called a bitch can feel emotionally damaging.

But a bitch defends her own. She also, first of all, defends herself.

[“Girl Alone” is now available in a slightly updated version on this site.]