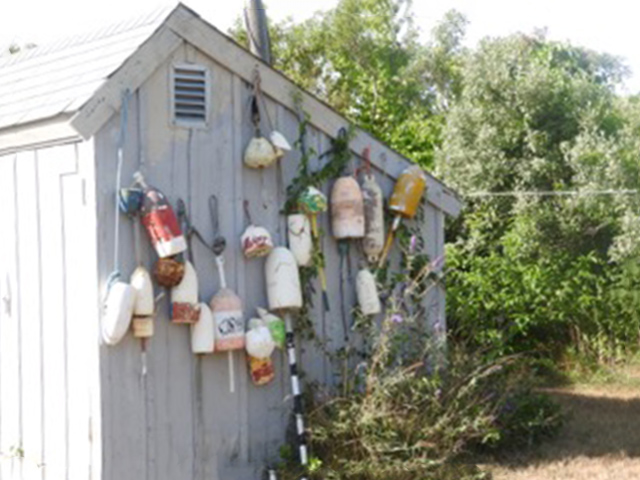 I’ve lived in houses scaled from enormous to large (in that order) all my life, with the inevitable burdens and complexities that come with taking care of large spaces and many rooms—and the discomfort I feel with such obvious signposts of privilege. Not too many of us can choose whether to live large or small; I can.

I exercised that choice by renting Cottage Number 2 from a website last September when I was feeling my periodic need to escape, particularly to escape to the ocean off the coast of New England.

Until I was 17 and went to college, my family traveled every August to Chatham, a then quiet little town on the elbow of Cape Cod. Since it was our only family vacation, in the era when families didn’t travel much, I looked forward to it with appetite, not only to escape the nearly unbearable Kentucky heat and humidity before air conditioning but because the houses we rented were not small—they had tp have rooms for eight people—but they were always within walking or biking distance of the beach and the town.

(My parents always rented. I don’t think they ever considered buying a “second home,” that ridiculous oxymoron, perhaps understanding that there is no such thing.)

The little house is the cocoon for my escape, as smallness is and has been for so many others.

Like all suburban children, I depended on someone driving me to get away from home; the driving group (what a wise tradition, now abandoned) took me to school, but once delivered back to the country, I was stuck. Parents did not feel it was part of their obligation to be on hand to drive their children ten miles into town or to visit friends. They would be horrified to see that modern parents, mothers, at least, are slaves to their children’s after-school activities, as well as driving them back and forth to school.

My mother and father valued their adult lives, which involved work, traveling, and friends, to a degree that would probably be called selfish today.

So the drive from Louisville to Chatham, which took three days, was the beginning of a great adventure for me, because once settled in the rented house—shingled, salt-smelling old salt boxes with tiny gardens full of blue hydrangeas and little windows looking out on moors—I was free to walk or bike wherever I wished. My first published short story was based on walking to the town bandstand to hear an evening concert and forming an imaginary life for the bandmaster. It was called, “And The Band Played On,” published in one of the children’s magazines that existed then.

So it is a particular pleasure for me to spend a few days in this tiny house, shaped like a little box, with an open air shower out back and a little deck under a maple tree. The kitchen is so tiny there isn’t much thought of cooking here, the bathroom is closet-sized, and although there is no ocean view—that would cost a lot more—the ocean is evident all the time in the slight wafting breeze, and in the big old lighthouse a block away, its light still turning, bringing back the iconic lighthouse in Virginia Woolf’s masterpiece of that name.

I can walk to the lighthouse, where generations of children, including my youngest grandson, have broken down in tears because they were too short to be allowed to climb the stairs, a mysterious prohibition which means that by the time the child is tall enough, other attractions have replaced visiting the lighthouse. 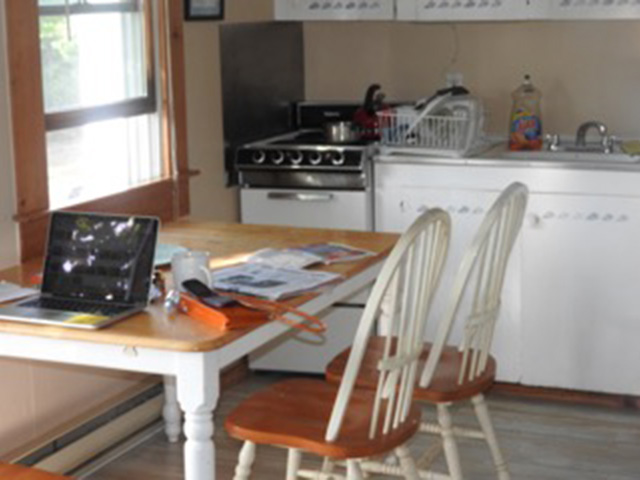 I am working on my next book, a memoir based on the short life of my younger brother. His letters to our parents from college describe escaping to the Cape for autumn weekends of working and walking and sitting with steaming boots propped on the fender by an open wood fire. Our father, thirty years earlier, wrote the same descriptions to the woman who would become our mother, as though language, like the Cape itself, exercises a powerful draw and can never be entirely changed.

Language has changed; the vocabulary my father and my brother used is now almost archaic; so many words have been dropped that it would be difficult now to describe the nuances of a landscape made up of sand, briars, small seascapes and small towns in a way that would be comprehensible to readers.

But the impulse to escape—and especially to escape to smallness—remains, not only a family characteristic but an attribute of those of us born by and to some degree defined by, and confined by, privilege.

The little house is the cocoon for my escape, as smallness is and has been for so many others. The many possibilities privilege confers come in the end to contain a contradiction: when there are so many choices, it may seem that there is no choice at all, other than to be overwhelmed by largeness.

And so my delight in smallness.

[For more on my love of small houses, see The Little House on the Prairie]