You are here: Home / New Mexico / Spanish Market and the Triumph of Craft 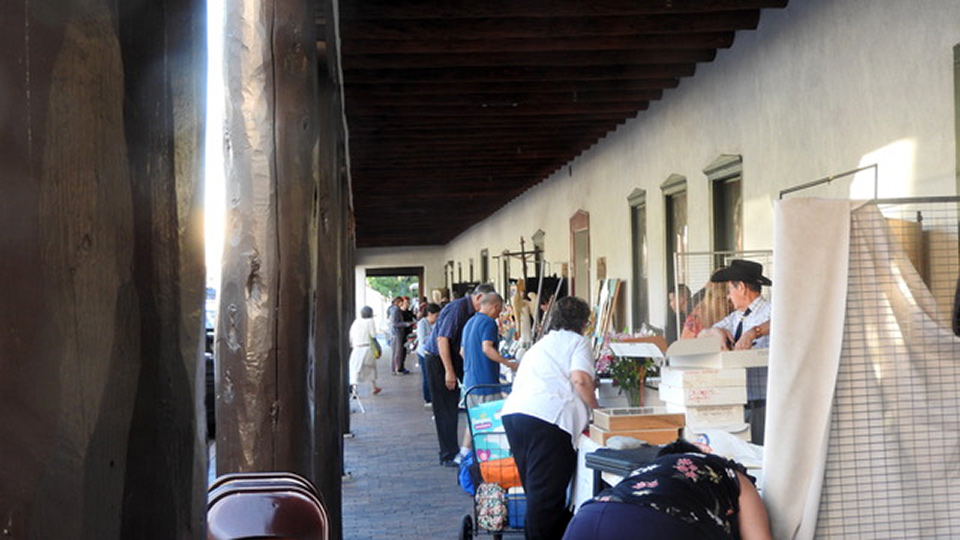 It’s no accident that this year and every year Spanish Market takes place close to the Saint Francis cathedral; so much of this handcrafted work, made by artisans who are, according to a mysterious definition, Hispanic, represents Christian ikons inflected by ancient pagan influences. These staring female saints, these progressing pilgrims, are as far as can be imagined from the images in European churches—or even in the “white” churches of the northeast.

The bounty on display here draws a crowd of mainly white, well-heeled visitors, few of whom probably visit traditional churches. For them, the images have the allure of the exotic.

Few will be placed on household altars, although that was their original destination. The purchasers will be spared the multitude of considerations that go into buying what we call “fine art”—as well as a collision with unimaginably high prices.

These staring female saints, these progressing pilgrims, are as far as can be imagined from the images in European churches—or even in the "white" churches of the northeast.

As the many, many art galleries here close, because the people who enter them prefer to buy what they see online, at cheaper prices, directly from the artists, the crafts, with their humbler origin and lower prices, come into their own. If the buyer is only paying a few dollars, there’s little incentive to go online and search for something comparable that’s even cheaper, and since the artists are right there in their booths, along with their wares, any haggling can be done on-site. So these big craft fairs create the brief sense of community that the galleries used to try to promote, with their opening receptions—especially in the days when they could still serve wine without having to hire a security guard.

As in any slow, long term social shift, it’s impossible to say for sure. Tourists will still pack a small wooden image of a staring saint in among the fake turquoise jewelry. And because so many women are involved in making crafts, their livelihood is probably a little better than it was when the rich folk who came here to add to their collections went to the established galleries, and paid those prices.

The change is akin to the change in my field, as writers find the traditional publishing world closed to them because of ancient prejudices about which words from which writers are worthwhile. And so the rise of the hundreds of thousands of self-published books which now outnumber what is brought out by old-time publishers—a form of craft.

Above and beyond all this is the energy that propels these craftspeople, the smile of the woman who works in glass, and created a shining transparent white basket, aglow with strips of red and green, when I told her she is a true artist who should be showing her work in a gallery, or the shudder of the man who turns cottonwood stumps on a lathe to make wooden bowls when he told me he hates cottonwood, because it resists him.

Human contact in the end is what rewards above and beyond our attempts to separate crafts and art. 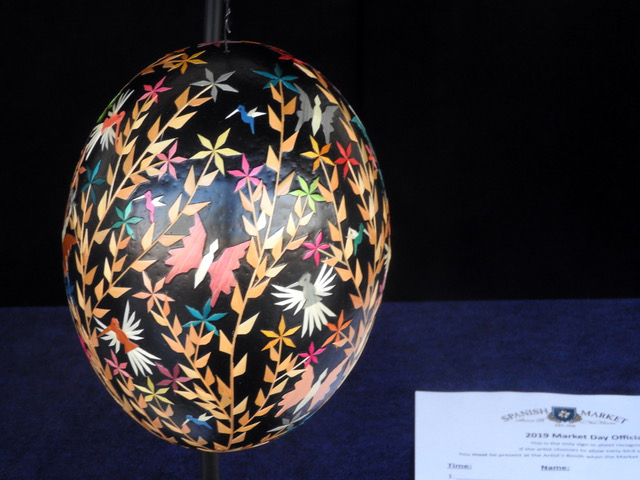 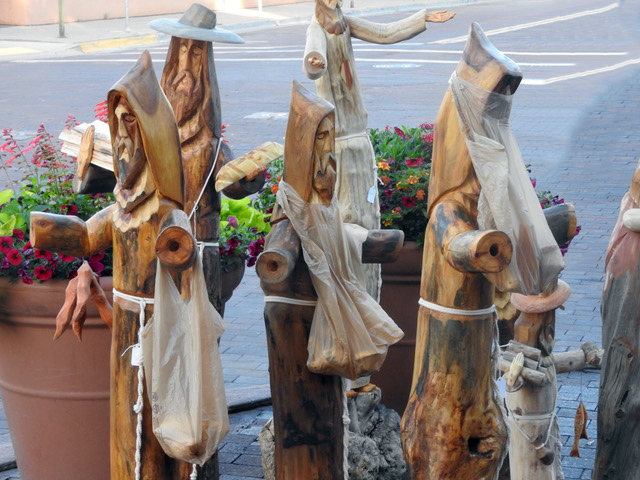 #2019 has come and gone, here's my most popular posts of last year based on your views, comments, Tweets, and Facebook likes/comments. Which were your favorites? https://s-b.io/2PoC8Hq . #women #politics #art #writing #philanthropy #Kentucky #NM #NewMexico

For #Taos, a small town in the #RockyMountains near #SantaFe another snow means first of all figuring how to move around... but there are other stories. "The Wild West": https://s-b.io/37RTrXp . #NewMexico #TheCityDifferent #PoliceBlotter #SnowingAgain