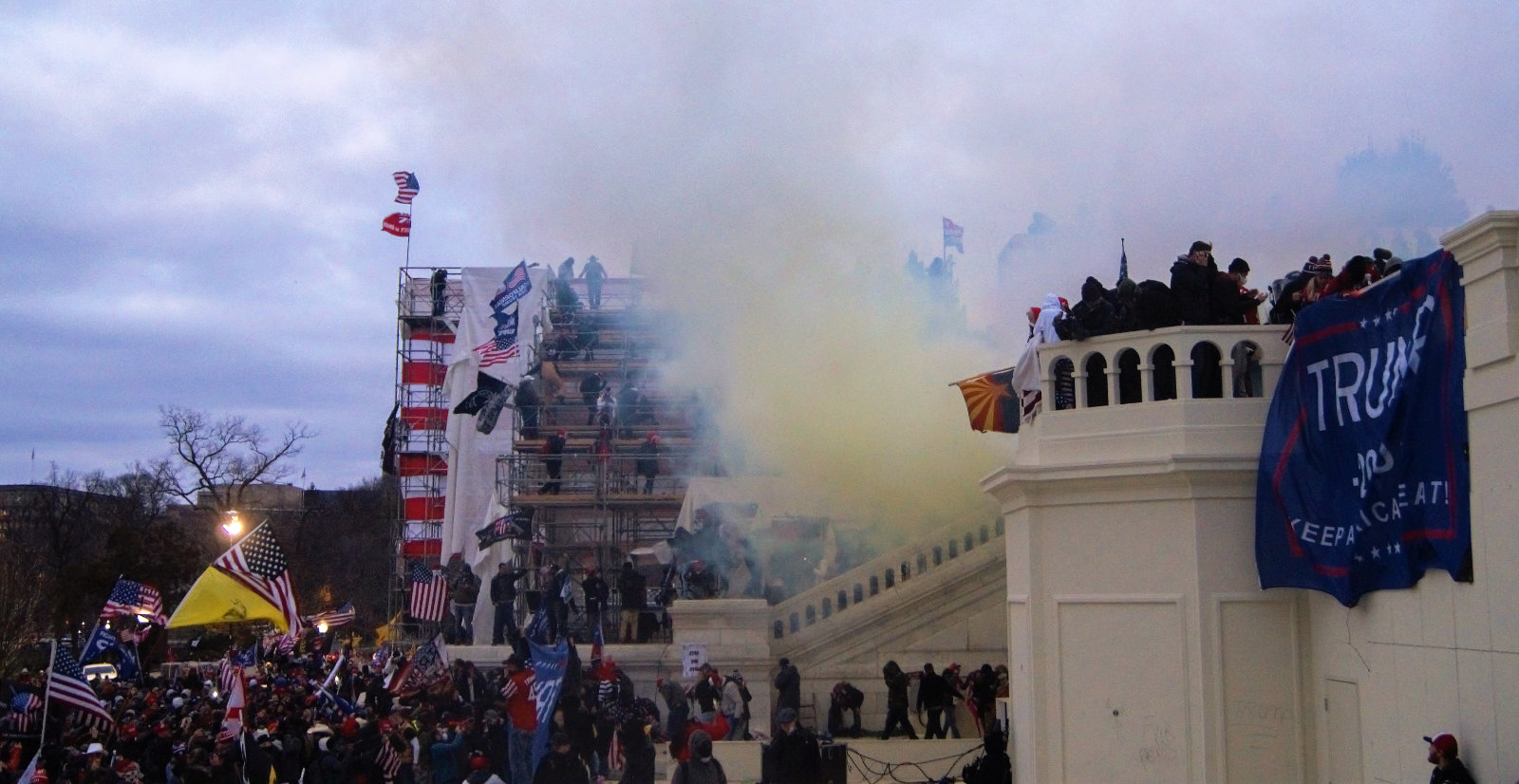 Not now, when the images and the sounds are firmly imprinted in our minds. Not tomorrow or the next day or even next week. But sooner than we might expect, we will begin to blot out, explain away or even deny the importance of what happened in Washington, D.C. The grandmother’s axiom, “We’ll just pretend it never happened,” used to protect a child from punishment (that broken teacup couldn’t be repaired anyway), will again become useful. If we continue to remember, to write, to discuss, we will eventually come up against some of the other reasons for the mob.

We will have to confront what our country’s endless wars have cost, not only in lives lost and civilizations destroyed but in the returning military’s effect on our national life. We know something about Post Traumatic Stress, most often evidenced in domestic violence, ever rampant but now with a fresh cause.

The other effect is the normalization of violence in civilian life. There are examples on all sides of the gun-toting men who threaten and disrupt in the name of their individual liberty to do whatever they want to do—and they are not all men. A large number of women voted for the man behind the current national shame; one of them died during the riot, shot in the throat while trying to get into the Capitol through a mob-broken window. A veteran who had served in Afghanistan, she brought back to San Diego and then to the world an acceptance of violence, even an attraction to it, and then was destroyed by it.

We will also have to confront why we are so easily seduced. Why is advertising so successful in luring us to buy things we don’t need, made in factories where human beings, many of them women, are subjected to torturous conditions? Since women make 87% of spending decisions in the U.S., our blindness about the result of our lavish buying makes us complicit in another form of violence: the destruction of the helpless. Why don’t we care where what we buy at Target was made, and under what conditions? There are labels, after all.

Sooner than we might expect, we will begin to blot out, explain away or even deny the importance of what happened in Washington, D.C.

And we are too often complicit in the way we raise our sons because we prize beyond reason fitting into the social framework. Yes, boys who are already influenced by the world around them will use sticks for guns if we don’t buy them toy weapons, but buying those plastic guns and plastic soldier dolls and all that goes with them gives play violence our stamp of approval. As women, we have power that too often frightens us and that we fail to exercise because it is sure to annoy someone.

As long as we remain financially dependent, as long as we continue to try to make the devil’s exchange of love for money (and I’m not talking about women in that profession), we will not be able to promote anything that supports our self-esteem, our political acuity, and our common cause with other women all over the world.

So even now as we plan to “put it all behind us” and count on President-Elect Joe Biden and Vice-President Elect Kamala Harris and the Democratic party to make it all better, we are supporting the corrupt capitalism that paid for the buses and airplanes and cars that brought the mob to the Capitol, paid for their snacks and their backpacks and their cellphones and all the other trash they left in the Capitol rotunda.

And we are complicit in silently supporting the right of women to follow men wherever they may lead, even when it ends with a bullet to the throat.

We are in the time now of the spouting of the dragon's teeth but the soil was prepared for them decades ago. "We Must Listen": https://s-b.io/3sK9HVI #CapitolRiots #USA #WashingtonDCProtest #Cadmus

I just passed a most delightful birthday with my Santa Fe family, outdoors, in 45 degrees, with coats and coconut cake baked by my eldest granddaughter... "Pink Seesaws and My Birthday": https://s-b.io/3c825GH. #HappyBirthdayToMe #SantaFe