You are here: Home / Women / Why Do Women Have to Be Nice? 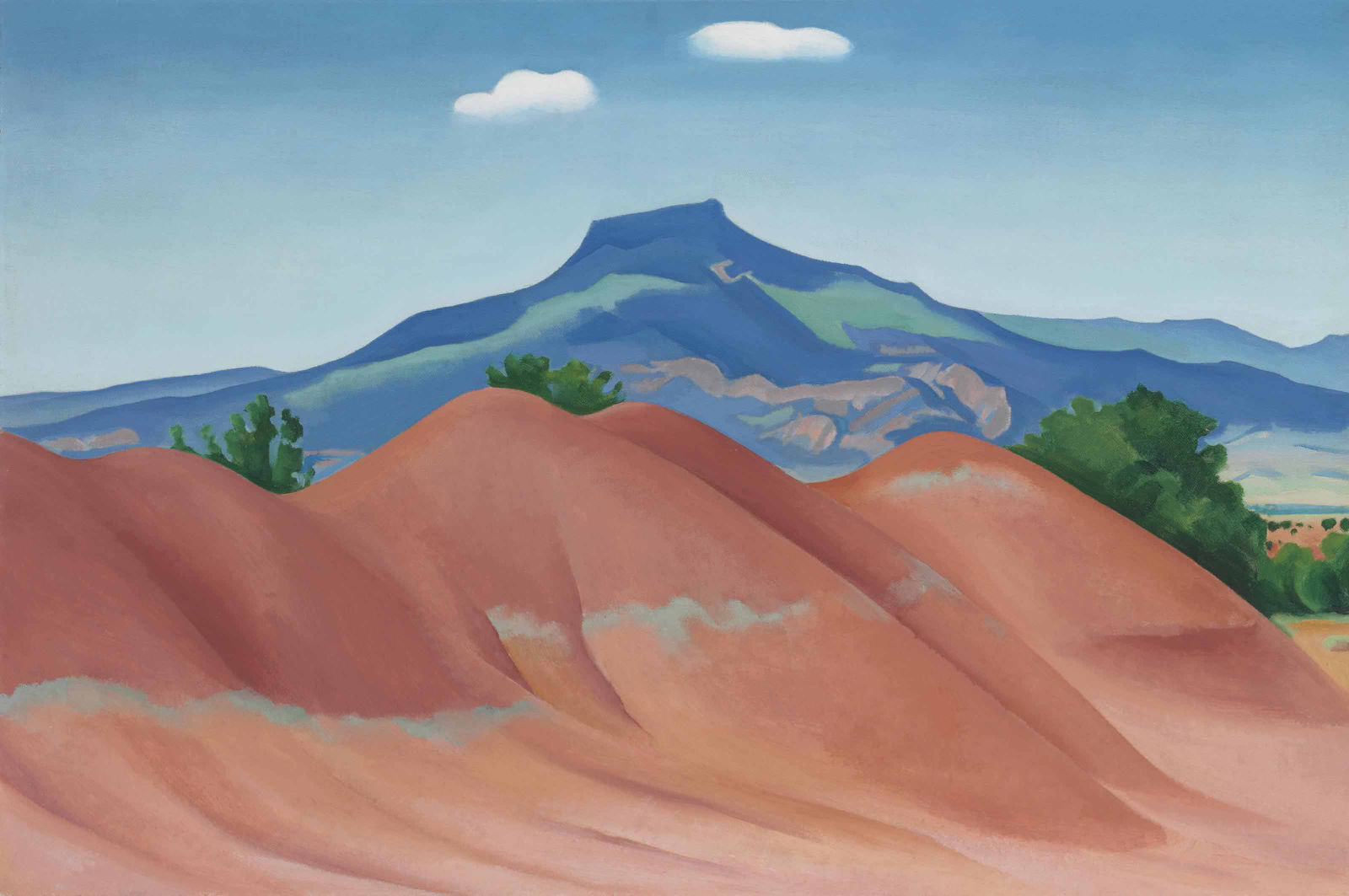 I’ve been brooding on this (perhaps untrue) observation since visiting Ghost Ranch a week ago; it was the part-time home of Georgia O’Keeffe for many years and now is a retreat center, largely deserted because of the pandemic. In the distance, I saw the mountain called Cerro Pedernal, of which O’Keeffe wrote, “God told me if I painted it often enough, I could have it.” And she did paint it often. It was lightly hazed with smoke from the fires burning all around us.

O’Keeffe’s assertion of ownership of a mountain is outrageous and refreshingly so, in itself affirming that she was not a “nice woman.” Yet I found it disconcerting that the tour guide at Ghost Ranch repeated this several times, even adding that O’Keeffe was “mean.” This is a common observation here, perhaps based on the fact that in her later years, when she was becoming very well known, she turned visitors away when they came to the door of her house and studio in Abiquiú. How else could she have continued to paint?

Any woman who achieves anything in this world is likely to be labeled “mean” or at least “unavailable” since we place our needs ahead of others’. This makes life difficult for an achieving woman who is also the mother of small children. O’Keeffe had no children; her paintings are her offspring. 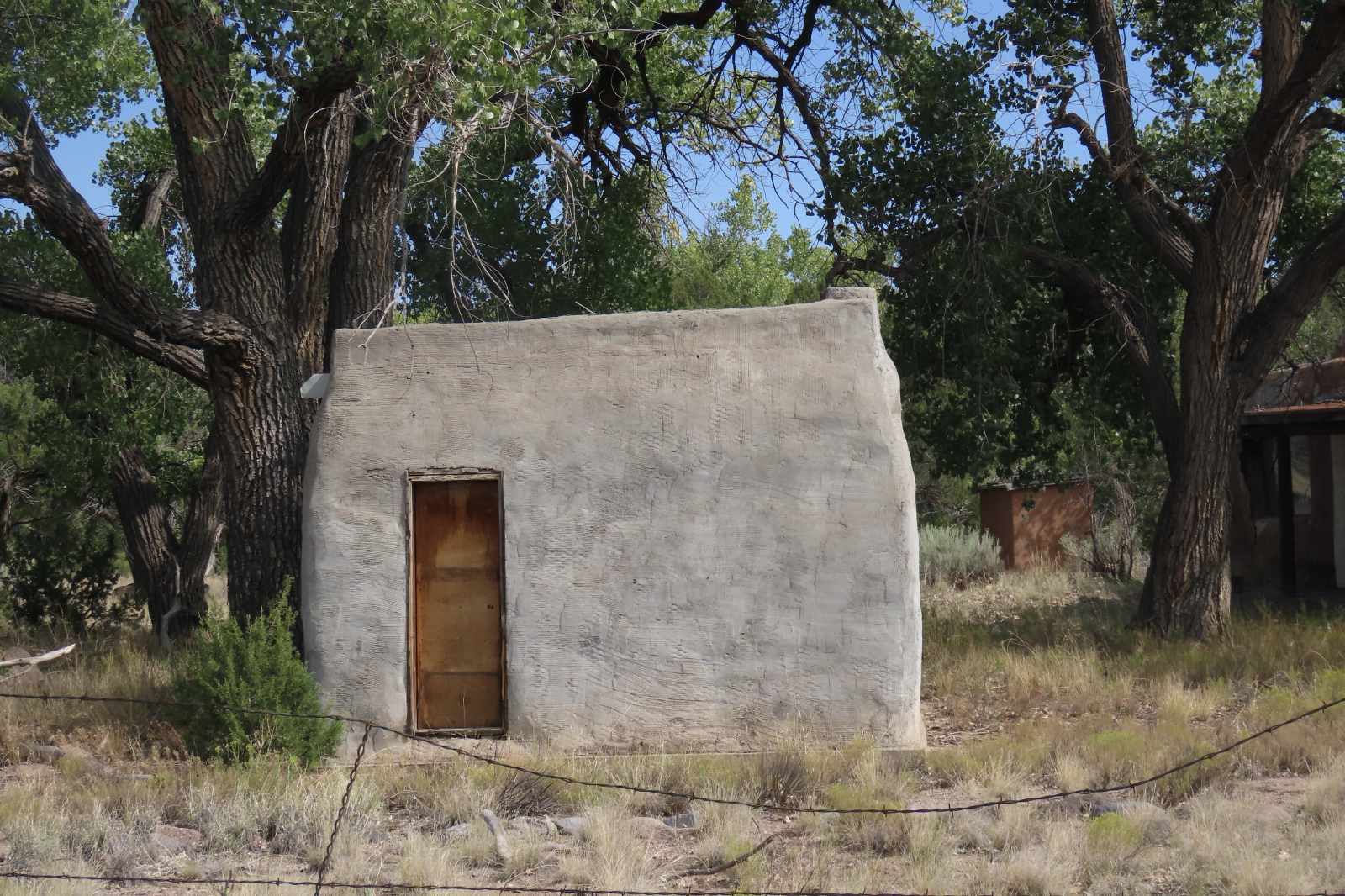 How different are the perceptions (no longer memories since too much time has passed since her death) of Edith Warner, whose House at Otowi Bridge (title of an admiring biography) is said to have provided respite for men working on the first nuclear bombs at Los Alamos on the mesa above the river crossing. These bombs were the ones dropped on Japan at the end of World War Two, killing 225,000 civilians, women and children ( a conservative estimate) and maiming thousands more. The men working on the bombs lived in the town of Los Alamos, behind barbed wire and guards, with their wives, many of them professional women with no outlet for their talents. The women sometimes drank, and the men sometimes drove down from the mesa to drink tea and talk with Edith Warner.
O'Keeffe's assertion of ownership of a mountain is outrageous and refreshingly so, in itself affirming that she was not a "nice woman."

Whatever she may have known, or speculated, about their deadly work, Edith Warner could always be counted on to be discreet—and nice. Serving tea with the help of her Native counselor, Tano, she may have heard details about the bombs that would have been deemed security breaches, but they were not; Edith could be counted on to keep her mouth closed and her views to herself.

The little adobe house at Otowi Crossing stands to this day, behind barbed wire, with cars thundering by over the bridge on their way to Los Alamos, now set to double its production of plutonium pits—the triggers for nuclear bombs—from thirty a year to sixty, with enormous infusions of cash from the federal government. There is no new environmental impact statement and no plan for finally disposing—somehow—of the nuclear waste stored in drums on the mesa since the 1940s, the legacy of the Manhattan Project.

In both cases, the answer is probably no.

This is why I am so grateful for the protests that are continuing across the country, and will continue in spite of violent attempts to suppress them. The reasons for the protests are always connected, and they are all of the greatest importance.

For instance, four drums of nuclear waste, stored on the Los Alamos mesa since the 1940’s, are due to be vented in the near future, releasing no one knows how much deadly vapor; the people living in the pueblo and town below the mesa are protesting. If they were not, we would only have the “niceness” of the unconcerned to lean on when we try to imagine what we need to do to have a future. 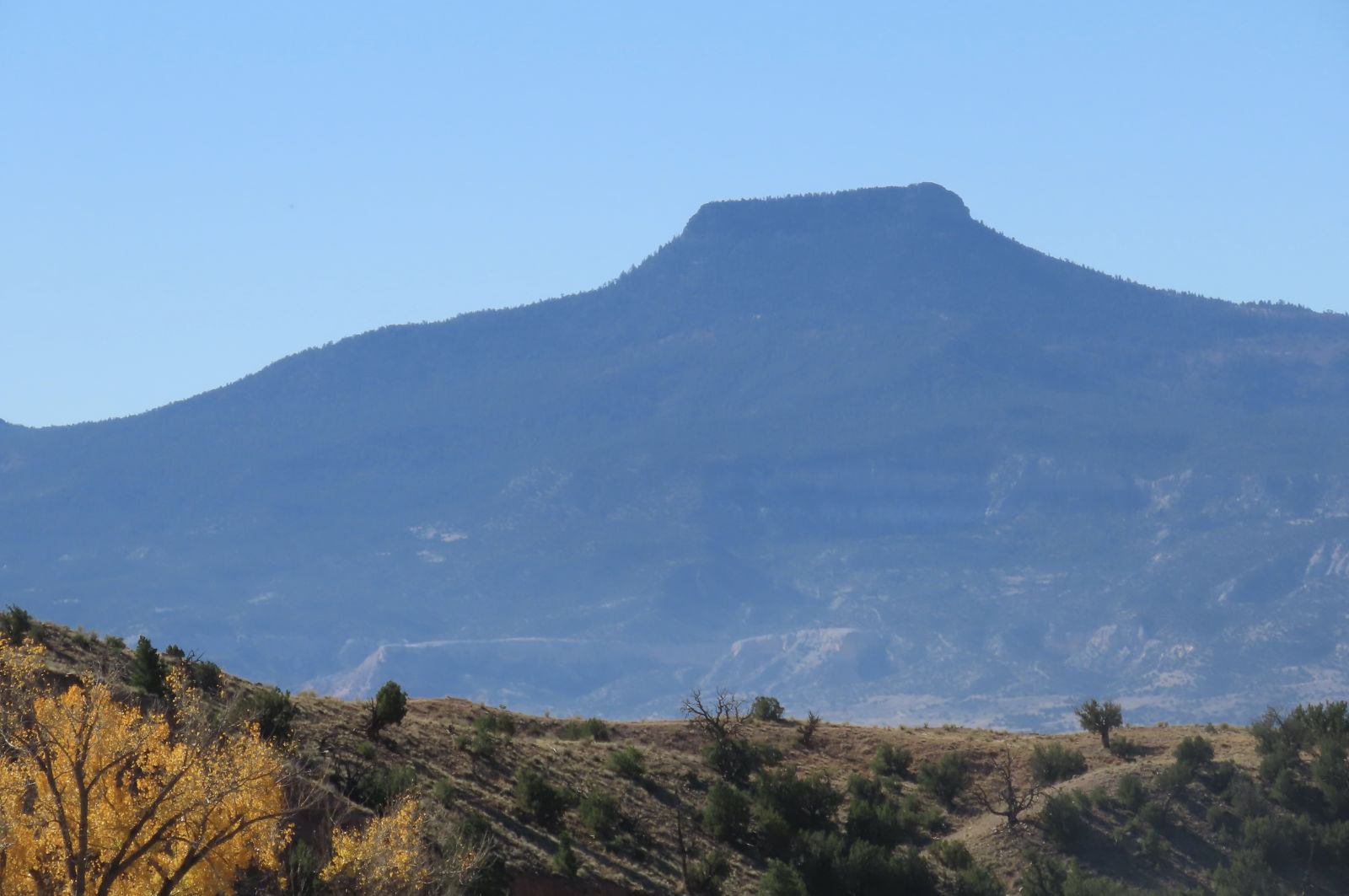 We may not be able to stop this radical change that is ruining so many but that does not excuse us from doing whatever we can. "The Techno Chasm": https://s-b.io/3uZgdZ9 #ShopLocal #SiliconValley #OnePercent

An important result of this culture finally opening is the rediscovery of #women #writers who should never have been forgotten. "Jump Start": https://s-b.io/3mbZWx1 #TillieOlsen #JaneLazarre #womenwriters #womenauthors #mothers @aoscott