You are here: Home / Women / To Be of Use: The Lisa Unger Baskin Collection 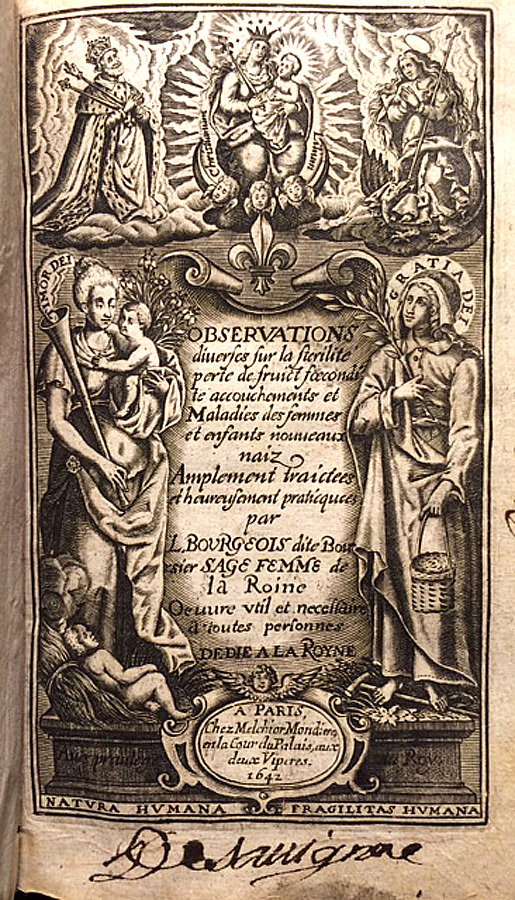 This is the title of one of Marge Piercy’s poems, from Circles on the Water. It begins:

“The people I love the best
jump into work head first
without dallying in the shallows
and swim off with sure strokes almost out of sight.”

I’ve been thinking of these lines after looking at a fraction of Lisa Unger Baskin’s collection of artifacts, books, and manuscripts—more than 10,000 items—carefully assembled over more than forty-five years to document women’s work, from the mid-fifteenth to the mid-twentieth century.

What an extraordinary accomplishment, and what a rich addition to the archive at the Sallie Bingham Center for Women’s History and Culture, which has grown and flourished in the decades since I founded it at Duke University on Durham, North Carolina.

A great collection is always based on a passion. It is not random. It grows from a strong root.

The Center, as well as the History of Medicine Collections, already contain a great deal of invaluable history on the long and sometimes tortured history of women’s reproductive health. But now the Center also holds the first book written by a midwife, dated 1642, by Louise Bourgeois, the first midwife to write about her experience, as related to her practice over twenty-six years at the French court. It was translated into all the European languages, setting a benchmark for the practice of midwifery. The Center also holds the family papers of Elizabeth Blackwell, the first woman to receive an MD from a U.S. medical school.

Family Living, by Margaret Sanger, printed for private circulation only in 1916, provides the foundation for what became the birth control movement and eventually Planned Parenthood as well as numerous clinics in this country, some now fighting to survive. Very few people know at this point that one of Doris Duke’s pivotal gifts went to Margaret Sanger at an early point in her career, with continuing infusions over the decades.

Lisa Unger feels the early work in the collection is its heart, proving as it does that women have worked and written for many centuries, a fact often forgotten or ignored. De Claris Mulieribus (1497) is the first example of a group of women’s biographies, including woodcut portraits, some of the earliest, of Pope Joan, Catherine of Siena, and Margaret Queen of Scotland. 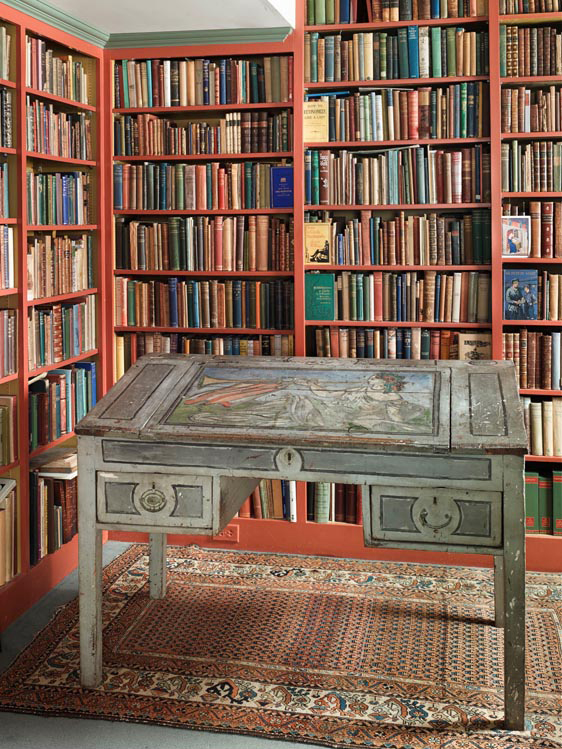 I have not yet had the privilege of looking over the many other precious manuscripts in the collection, but I was fascinated on a recent visit by a brief view of some of the artifacts. Virginia Woolf’s writing desk astonished me because it is so decorated—I can hardly imagine writing on such a distracting surface—but apparently the images were added later by her nephew.

Because of the importance, for me, of Charlotte Brontë’s work, I was moved by the sampler (so-called) she worked, and imagined her sitting by the small peat fire in that dismal parsonage, stitching flowers to distract herself from the tragedies that surrounded her.

I was touched by the little figurines, tourist knick-knacks, manufactured in the Welsh town of Llangollen, where Eleanor Butler and Sarah Ponsonby settled to live in sisterhood rather than to conform to expectations of heterosexual marriage. The little figurines, clad in long black cloaks and top hats, speak of the power—as well as the cost—of non-conformity, and indeed when their fame spread through the nineteenth century as exemplars of Romantic Friendship, they were visited by Wordsworth and Byron and even by Queen Charlotte.

Who is the astonishing woman who committed herself to putting together this collection?

Lisa Unger Baskin was from her early years in love with books, and disliked returning them to the library. By the time she went to Cornell, at sixteen, her bedroom closet was lined with bookshelves, and later her farmhouse at Leeds, MA provided a special space for her growing collection.

Elizabeth C. Denlinger’s talk at the Grolier Club library describes Lisa’s library as “a high, spacious room, lined by bookshelves, lit by many lamps, and lower by a few steps than the rest of the house. To take those steps down is to feel that one is getting down to what is important, what is fundamental.”

This to my mind describes the collection, but it also describes its base in Lisa Unger Baskin’s life-long support of the women’s movement as well as of the civil rights struggle, reflected—I like to believe—in her commitment to the Democratic Party.

A great collection is always based on a passion. It is not random. It grows from a strong root. And now, Lisa Unger Baskin’s collection illustrates the motif of Marge Piercy’s poem: To Be of Us.

Scholars decades from now will benefit, as will the public.