You are here: Home / Politics / Basket 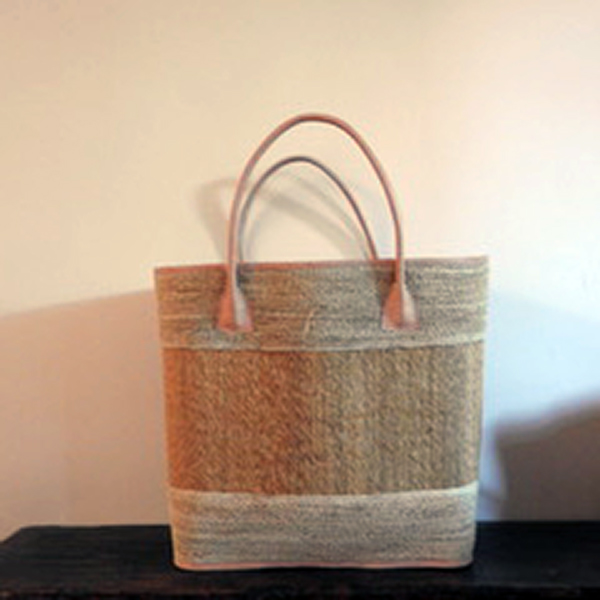 I have a friend who is a prophetess. She has been one ever since I met her several decades ago. Like all prophets, she is without honor in her own country, as Jesus warned. But perhaps this is not entirely true of Katie. She has spoken twice at the UN.

She is also a Cassandra, cursed by the god to know and speak prophesies that no one would believe. She prophesied on the walls of Troy that it would be burned in the upcoming war with the Greeks, and it was.

Wikipedia has an image of her before the burning city, calling her “mad.”

Some people probably secretly call Katie mad. She has the piercing eyes of a woman who sees through veils. But I don’t think she cares what people call her. She has a mission.

My friend Katie is a Cassandra, cursed by the god to know and speak prophesies that no one would believe... Her mission is the end of the world.

Her mission is the end of the world—others add, “as we know it,” but as we know and can only know this world, the qualifier is not comforting.

My son and his son have noticed the disappearance of starfish—or Sea Stars—in the tidal pools they search on the coast of southern California. His latest article is about a black starfish that has adapted to the warm water and may survive.

I want to ask Katie about this. If starfish can adapt, can we?

A few days ago, she handed me her latest pamphlet when I ran into her in the co-op grocery store. She quickly explained that now she is only reporting the facts, not warning about conclusions. We can all do that.

And here are the facts: “The internet is the largest thing that humanity has ever built.” She means the international “network of cell sites and storage centers that consume huge amounts of water and greenhouse gas-emitting electricity.” I don’t believe I’ve ever seen one of these centers, but I might not have recognized it if I had.

And, because of all the new devices—you know what they are, you certainly own at least one, as I do—”e-technology’s power demands increase 20 percent every year.” This means that every year, the internet adds more greenhouse gas emissions than aviation and shipping industries put together—3.5 percent of all emissions, growing possibly to 14 percent in three years. Wireless consumes ten times more energy than wired. But no one knows. And even if we did know, do we care?

Katie has some common-sense suggestions for those of us who do care: “buy repairable, upgradable, modular devices and wait at least four years to upgrade.” She probably knows it’s too late to advise going without. What would all those people sitting in restaurants and cafes do? Commit suicide? And what about the children…

“Delay children’s use of electronics until they have mastered reading, writing and math on paper.” This would mean schools would have to give up the handy aids that have taken over teaching.

Rent videos rather than streaming. (Or don’t look at the things at all?)

“If you must have a mobile device keep Wi-Fi and Bluetooth off unless you’re using them.” How hard can that be? And do we “must”?

Me, I’m going back to my flip phone after four months of an iPhone which helped me to understand why these things absorb so much attention: there are just too many options, and the screen is too pretty, and like our ancestor monkeys, we are easily distracted.

And listen to prophets. They are all among us.

A handful of them wrote the astonishing New York Times Magazine section, published last Sunday, August 5, and titled, “Thirty Years Ago, We Could Have Saved the Planet.” It takes a day to read, and I have not yet chosen to lay a day aside, but The Times seems to believe that some of us do care enough to read what they have given us.

What does all of this have to do with the basket at the top of this page?

You may well ask.

It’s a beautiful, functional, handmade marketing basket which I bought for a pittance at the Santa Fe’s International Folk Market a few weeks ago. Looking closely, I see that it is made of fine, blond fibers, woven together, with narrow leather bindings and handles that are hand-stitched. The slight irregularities of the tiny stitches show that they were made by hand, during hours and hours of work.

I’m including the basket here because it was made by an unnamed woman in Mauritania. One of the full-page color photos in The Times Magazine is of a town in Mauritania, the little houses and streets choked with orange sand: desertification.

As the spiritual says, “No more water, the fire next time.” The orange sand, brilliantly lit by a setting sun, looks as though it’s on fire.

Somewhere in that town or another like it, a woman went about collecting the fine wheat to make a basket. She found a patch of shade to sit in, to weave and sew. Maybe she already knew that if it was passed by the U.S. judges, it might be sent to a city on the other side of the world, and perhaps sold for a small amount of money, all of which would be given back to her—and to her, it might not seem so small. Thirty dollars, more or less.

It astonishes me that anyone in one of these nearly-destroyed places—and they appear all over the world now—could have faith and strength to make such a beautiful object. With desolation all around, and no solution in sight, she still found her materials and her spot of shade to work in, and produced a beautiful basket.

This may be the best we can hope for.