You are here: Home / Kentucky / Heroes in Breeches 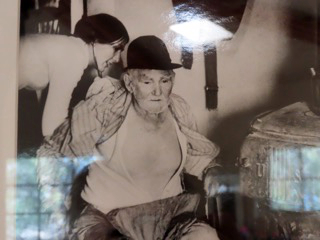 I didn’t think the horseback-riding British midwives I worked for years ago in the Kentucky mountains were heroes. I certainly didn’t think they were heroines. They wore the disfiguring riding breeches that I guess they inherited from British fox-hunting tradition—and how could a heroine wear anything that looked like that?

So—maybe they were heroes? But then…

That was a long time ago. The 1931 silent film attached here shows something about the work they did, birthing babies in remote cabins, although the woman in labor looks awfully calm.

At that time, I admired the male figures I’d seen in World War Two movies. It would be many years before I heard that the glamorous U.S. General George Patton had been reprimanded by President Eisenhower for striking an enlisted man in the face because he said he had battle fatigue.

I didn't think the horseback-riding British midwives I worked for years ago in the Kentucky mountains were heroes.

The distortions of that era persisted for decades and to some extent even today. 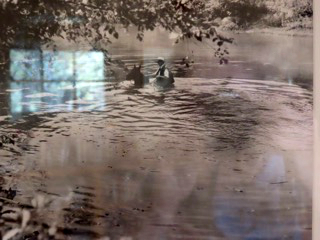 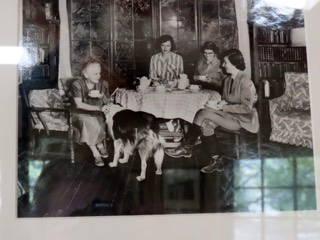 Compare the new TV series, Call the Midwife to the film and the photos you see here. Could there ever have been such pretty, beautifully made-up nuns? The only one who is allowed to have any personality is old, and looks it.

The women I worked for in the mountains, saddling and unsaddling their horses, currying them, picking out their hooves, feeding them and cleaning out their stalls, certainly didn’t look l like those Hollywood midwives.

No woman who is working hard does.

[For more on my time in the Frontier Nursing Service, please see my post, Rude Awakening.]

None of is would ever be able to do the work we do if millions of ill-paid #women were not backing us up, at home, at the office, or in the #hospitals. "Being Needed Doesn’t Mean Being Well Paid": https://s-b.io/34Y2W7f #feminism #Nursing #equalpayday #EqualityForAll

I have the great good fortune to rejoice in two #books published in 2020: one my #biography of #DorisDuke, already out, and next, at the end of August, "Treason: A Sallie Bingham Reader" from @sarabandebooks: https://s-b.io/34LE8zz #shortstories #offbroadway #theater #novela