You are here: Home / New Mexico / The Old House on the Acequia Madre Finds Its New Mission 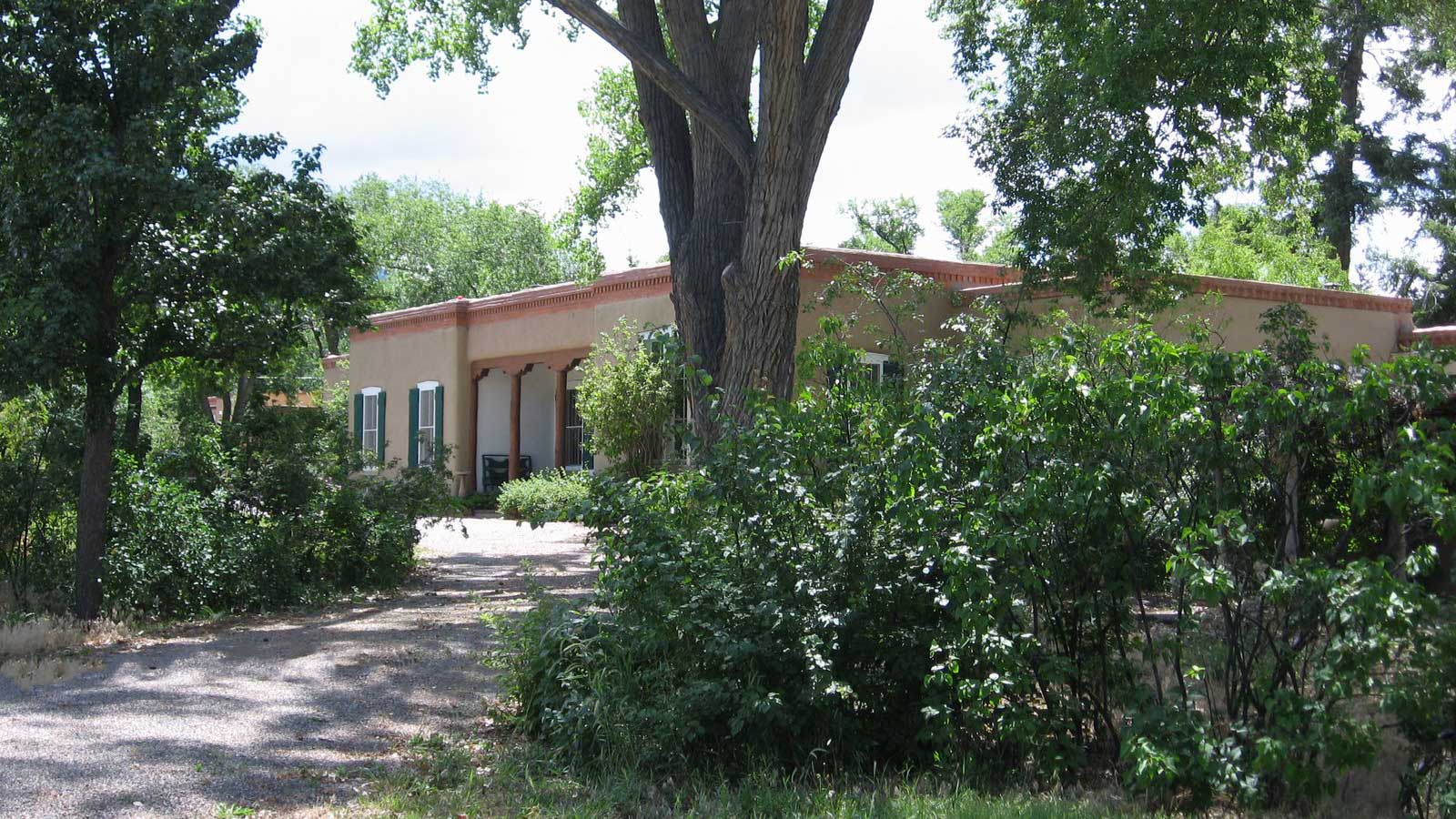 Sometimes called “The House of the Three Wise Women” for the grandmother, mother and daughter who built it, lived in it, and furnished it with Northern New Mexico art, the old house stood empty for some time after the death of its final owner.

Too delicate to be preserved as a house museum, in a residential neighborhood here in Santa Fe not suited to heavy traffic, the house might have seemed doomed to neglect or sale.

Instead, a stalwart group of women banded together to re-purpose the house and raise money to run it as The International Center for Women’s Studies. Scholars from all parts of this country and the world apply to stay here for several weeks, working on their current projects and giving presentations to the public.

I find it stunningly appropriate that a house built, lived in and loved by three generations of women should spread its benevolence over contemporary women scholars. Unlike the billionaires whose oversized houses, lived in for a few weeks a year, scar our hillsides, the Acequia Madre house is modest, with small bedrooms, inadequate closets and plain bathrooms no billionaire’s wife would accept. The owners’ purpose in life was the encouragement of our local artists, especially the Hispanic artisans not adequately appreciated in the early twentieth century.

Let the women of the Acequia Madre House serve as our examples. They led comfortable lives, but their privilege did not prevent them from extending hope and help to those in need.

It also seems stunningly appropriate that one of the first visiting scholars, Ozlem Ezer, returned to Istanbul fired with a determination to interview nine Syrian refugee women who are struggling to survive in the often inadequate conditions of the camps.

These are women who speak Kurdish and Arabic and sometimes English and French as well whom Ozlem will be interviewing for her internet site and eventually for a book in three languages.

Some of these women are educated, others are not; several are the victims of forced marriages, and one even coerced her daughter into a marriage so that the girl could eat. They have lost family members in the murderous conflict in Syria. They struggle to provide for too many children, many of them traumatized by the violence they have witnessed, several of them physically wounded.

The women all gather for help at a center in Istanbul, which struggles to provide them with food, counseling, housing and psychological support. Ozlem has come to know them there and, working with a translator, will soon begin formal interviews for her project.

Are we so widely separated from misfortune, we who are lucky enough to live relatively sheltered lives in the U.S., that we will read these interviews with detachment?

Let the women of the Acequia Madre House serve as our examples. They led comfortable lives, but their privilege did not prevent them from extending hope and help to those in need.

None of is would ever be able to do the work we do if millions of ill-paid #women were not backing us up, at home, at the office, or in the #hospitals. "Being Needed Doesn’t Mean Being Well Paid": https://s-b.io/34Y2W7f #feminism #Nursing #equalpayday #EqualityForAll

I have the great good fortune to rejoice in two #books published in 2020: one my #biography of #DorisDuke, already out, and next, at the end of August, "Treason: A Sallie Bingham Reader" from @sarabandebooks: https://s-b.io/34LE8zz #shortstories #offbroadway #theater #novela