You are here: Home / Politics / The Techno Chasm 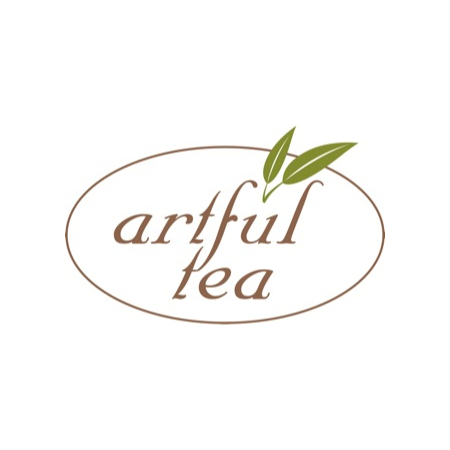 I will not name this self-proclaimed One Percenter (who owns among many other things a fleet of eight cars) because the long video he posted online this morning is, as I might have expected, an ad for his investment company. Polluted as the source may be, some of the facts he quotes startled me into a new and painful recognition of something we have all been aware of for a long time: the increasingly wide chasm between the absurdly wealthy and everyone else. Among other facts he quotes: at this point in the U.S. the top one percent makes in a month more than the 99 percent make in a year. And it is hitting middle-class people who make $125 thousand a year; eighty percent of them live paycheck to paycheck.

Against a backdrop of devastated burning slums, this One Percenter lays out the reasons he believes are driving this radical change in our lives: technology, especially the once-small start-up companies—Google, Amazon, Facebook, Tesla—who through more and more powerful computer software and the use of robotics and artificial intelligence have eliminated with ruthless competence most of the jobs they used to need to run their companies.

I’ve long been aware of the fact that Uber and then Lift destroyed the small private taxi company here in Santa Fe as it did in most other cities; that Wikipedia finished dictionaries and encyclopedias, once a thriving branch of publishing that allowed for the publishing of non-best sellers like my books (and I should add here that the Republican Party now buys thousands of copies of their members’ books, pushing them onto The NY Times Best Seller list which should have been discredited by readers long ago); brick and mortar stores have been destroyed by Amazon, as well as the old-time department stores that served as sanctuaries for women; Google information services have helped to destroy 1500 newspapers (even though none of us know who writes the entries); Netflix took down Blockbuster, those stores that often anchored shopping centers and provided community connection; Airbnbs undercuts hotels and leads to their demise—and on and on and on.

This One Percenter warns that because of the Law of Exponential Progress—which might be simplified as The Rich Get Rich and the Poor Get Poorer—investments in these giant tech companies will boom over the next few years because of the Snowball Effect of gains increasing ten thousand fold on their stocks; meanwhile those citizens, the vast majority, who are not invested in the stock market will be left behind in poverty.

We may not be able to stop this radical change that is ruining so many but that does not excuse us from doing whatever we can.

None of these tech giants were started or are run by women, to my knowledge, and most of their big shareholders are certain to be male. What is the effect? ?And what is our at-times obliviousness as women investors to the consequences of our investments? The One Percenter might say it’s too late even to ask these questions.

He believes there is no way to modify this destruction, and he may be right. He is wise to make no mention of charitable contributions since the amount donated for these purposes, by the giant tech companies, with one exception, is minute compared to their gains.

And yet, I cling to my determination NOT to shop on Amazon, to limit my use of Google, to continue to patronize the small stores that through endless labor, good products and personal service have managed to survive—and this in the midst of a pandemic we don’t yet understand that has cut deeply into personal connections…

And yes, Tesla and other self-driving cars which this guru believes will soon replace privately owned vehicles with on-demand pickup and delivery services (destroying auto insurance companies which I cannot really lament) may help with global warming—but what loss of autonomy is involved? It’s been a long time since most of us were able to change a tire or the oil in our cars, but when we are no longer even required to know how to parallel park because the car knows how to do it, what sense of competence is lost?

How sad it is to be reminded that we who have never been great at communicating even when we did it in person are now even more limited when we do it on screen without the minute observations of bodily expression that we learned over the millennia to read.

And this is not just due to the pandemic. As landline telephones begin to disappear along with the services that provided them, cell phones prove notably unreliable in the more remote sections of our country, as here in New Mexico, due to resistance to cell towers in well-off neighborhoods and the disinclination of those companies to invest in building them in impoverished neighborhoods. This has deeply affected education here since a large number of students lack broadband—and did any school system anywhere consider using books instead? After all, books and lesson plans can be mailed as long as we still have a postal service and can go just about anywhere…

Well, it’s dismaying. I’m going to insist, though, that we can make tiny yet important changes in spite of the developing social collapse through our individual choices: get out that dictionary and compare the richness of its definitions to what you find on Wikipedia; invest a few minutes in finding out how to become an editor of these entries; avoid ordering on Amazon and instead take the time and trouble to visit the stores that have survived in your town, such as Garcia Street Books, here in Santa Fe, Artful Tea, also here, your local hardware store (if you have one) and that little corner coffee shop that has somehow survived Starbucks.

We may not be able to stop this radical change that is ruining so many but that does not excuse us from doing whatever we can.